For anyone who believes that age is an impediment to genuine success, the kind of success that is enduring and has the ability to impact a generation, I present to you one of my favorites the extraordinary Ellie Goulding. An English chanteuse from Herefordshire, U.K., Goulding isn’t your average “pop star.”

She’s a dreamer, incredibly talented, and one of the most hardworking women in the industry. Her lyrics are raw and honest, and seem to come from a depth that wouldn’t normally exist in one so young. At just 24 she released her debut album Lights, followed up by the 2013 release of Halcyon which launched her even further into international acclaim. Her cover of  Your Song by Elton John even captured the attention of royalty, and she was chosen to sing at the wedding of Prince William and Kate Middleton.

Quite the achievement. But it isn’t for just her voice, her grace, or her renown that she is featured here today, but for her alignment with the spirit of Boudoir: empowering people to live happier, healthier, and more enriched lives.

Running Activism and Chime for Change

One of the biggest things Goulding has done for the betterment of humanity is participate in a series of charity runs. In 2010, she ran in the Bupa Great North Run for the British Heart Foundation, and the following year, she put on a number for the Nike sponsored “She Runs LA” event for the charity Students Run L.A. which is designed to provide greater access to sports for underprivileged children throughout our neck of the woods here in Los Angeles.

In addition to this, Goulding performed alongside Beyonce Knowles, Florence + the Machine, and many other illustrious artists at Gucci’s London concert in 2013, participating in the global campaign “CHIME for Change.” The message of the organization is to actively raise awareness of women’s issues in terms of education, health and justice both in the U.K. and around the world. The coalition aims to not only inspire women all of over the world to stand up for themselves, demand equal rights, and live fearlessly, but creates the opportunities for this to happen through education, fundraising, and incredible compassion. 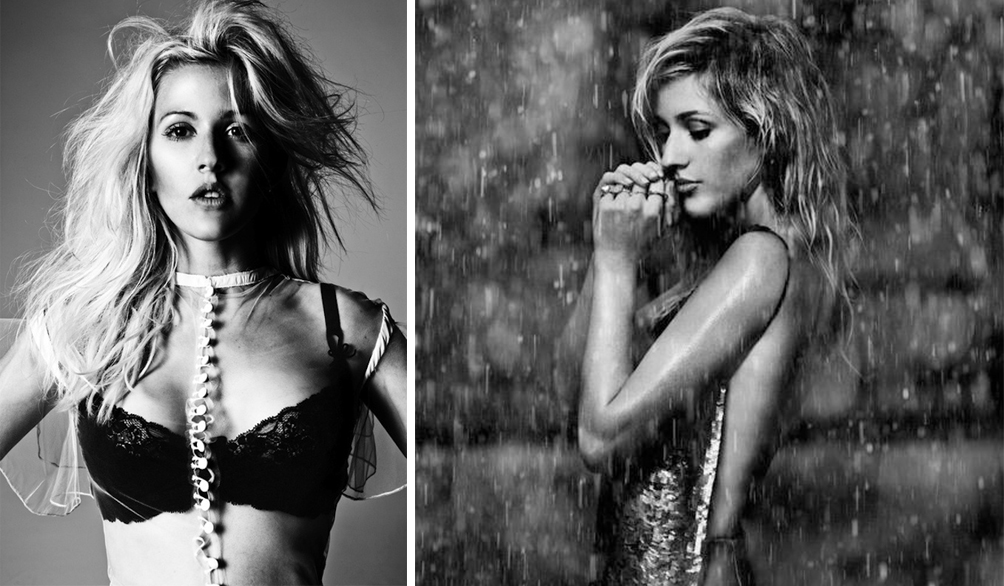 Goulding is Britain’s sweetheart, but here in L.A. we’ve adopted her as one of our own. She’s young and talented, gorgeous, but there’s so much more to her than that. And I’m excited to see what she has yet to achieve.

I’m often blasting music in my car, especially when stuck in LA traffic and there’s just something about Ellie’s voice that makes my heart happy!