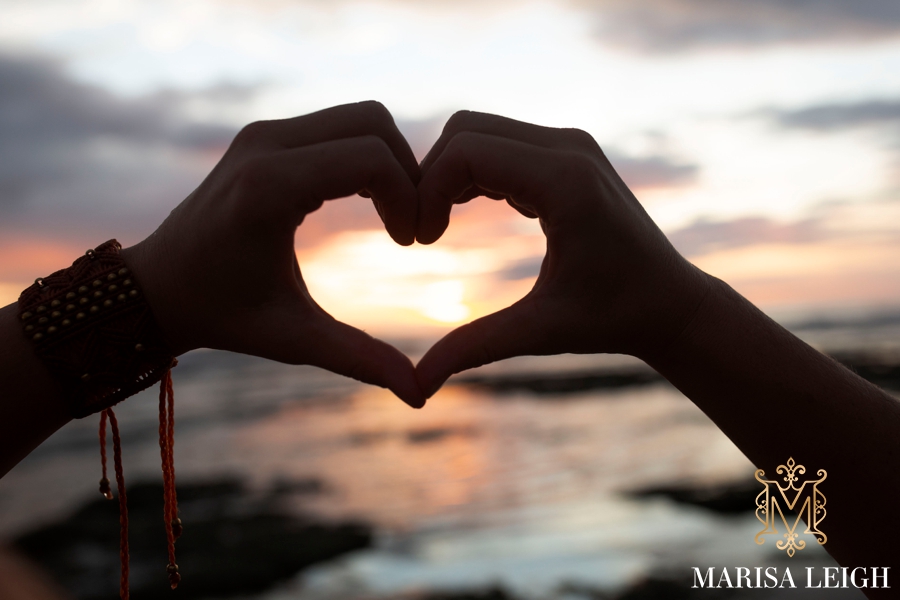 I am a FIRM believer in true love!!

The love that makes your heart explode, your dreams expand, and brings your soul peace. The love that pulls you towards your greatness, is committed to growth, is patient, loving and kind, you know right?!

We all deserve it, we all want it, but often we get stuck in comfortable relationships, ones where things work, everything is fine, and is just good enough….

We’ve all had them.

Maybe he has a stable job, or the best one you’ve met in awhile and he thinks you’re incredible, is crazy about you and can’t get enough of you.

In the beginning everything is gravy.

You fall in love, he courts you, tells you all the things you’ve been waiting to hear.

You do have a couple things in common, you have fun together and things are good.

A year goes by. You are cozy and settling into a life together.

He wants to build a house with you, have a baby, and you think, finally, ok maybe I can do this, and maybe just maybe this is really the “one”.

Let’s say you’re fiercely committed to growth, knowledge and expansion. Your greatest passions is to always be moving forward and questioning all things is a part of your dna.

You thrive on adventuring, learning, and engaging in new ways of ‘being’ that are not known to you yet.

You have a thirst for extracting the wisdom out of life, exploring and pushing yourself out of the comfort zones more and more every year.

You don’t want an ordinary life, you want greatness.

Let’s say this great guy says he wants all the things you do, but does he?

Maybe he’s cool with an ordinary life, one that produces a security and gives him all his toys – his fill of worldly possessions. He seems to think that’s he needs.

Nothing is wrong with that, you say to yourself. That’s fine, he doesn’t have to be into the same things I am, right?!

But something is eating at you.

Slowly the signs start to whisper, “Hey girl, maybe slow down, think more about this, who’s doing the deciding here? Is it my higher self or dis my inner child. Do I have an inner knowing or am I craving security, and playing it safe.

Can I really be with someone for the rest of my life that does not ask himself the bigger questions? The ones that rattle in my head every day. The questions that help me grow, find meaning, purpose. Questions like “why do I feel this way, how can I be a better person,  who am I, am I on the right path “why the  ^%@!! am I here”?

You know in the depth of your soul these are the questions that keep your batteries charged. The sugar in your coffee and if you were to be totally honest with yourself you need them as much as artist needs to make.

Without these questions, you might as well be dead, as you are just a shell, a human without a being.

He’s never been drawn to pick up a book, listened to a lecture or show any interest in philosophizing about the depth of our humanity. Do you believe someday he will change, are you willing to risk your life, goals, heart and your truth for security?

Do you make yourself believe you’ll be truly happy? Just wait a few more years, maybe he’ll wake up and explore himself.

It’s so easy to stay. It’s comfortable. Humans like comfort.

It takes strength to challenge every ounce of your being, truth and fears.

Will you find someone new, will you be lonely, am I worth it?

Good enough makes you complacent, resigned, and leaves you with the constant feeling of missing out and wondering what your life could have been like.

It can ultimately leave you sick and diseased.

Maybe that sounds harsh but we have to be warriors for what we desire and dream. We are the force guiding our life and if our partner won’t move forward with us, we have to keep moving forward, and that can often be alone. 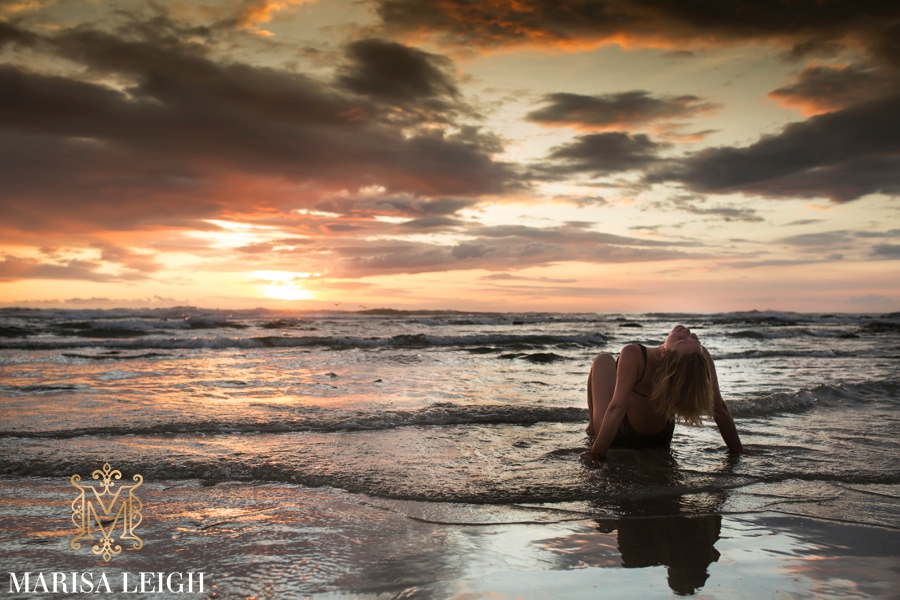 While in Costa Rica with my sister Taryn in 2017 something extraordinary happened.

She was currently in a relationship with a great guy, yep the guy I’m talking about. The financially stable, kind and loving kinda guy. He wanted to start a family and build her the dream home on the ocean.

Ya, he was a good guy, no doubt, but he was not the guy for her. Period.

I told her how I felt to which she defended the relationship and gave me a lot of “good” reasons as to why he was great and how much she loved him.

Okay, I say, I know, sure he’s great but don’t forget about what you want, what is important to you. Don’t you dare make excuses on why you can’t have that in a partner you know you deserve.

You are the creator, the architect and the captain guiding your spirit forward. Believe in the power of your thoughts! You have not come this far to settle, you deserve more, I say after too many Pina Coladas.

It’s a couple days before we fly home and it’s Taryn’s birthday and she wants to go to morning yoga.

We’re in Santa Teresa so there’s basically a yoga studio on every block, but I was on the search for that perfect birthday yoga spot.

On our walk over we chatted about how great it would be to meet someone in real-estate. After two weeks in Costa Rica we decided that we would looooooooove to buy & build here. It was my second time in Mal Pais and there’s just something I need here. I feel it in my bones. I’m obsessed with this magical place and to my joy my boyfriend, sister were both like, uh ya, we could live here.

We walked into the jungle, down a path, then up a long white staircase into one big open platform rooms in a sea of trees.

It’s a few minutes before class and there is one other guy in the room, he walks over and says hi. He has a sweet Southern accent. Hello James from Tennessee.

Class ends… Taryn and I are giddy and excited taking photos of our yoga poses in the jungle. James would have been long gone if it wasn’t for Curtis. He knew we wanted to meet more people so he kindly reminded us not to miss the opportunity. Luckily, before he walked down the stairs out of our life forever, we summoned him to breakfast.

What do you know, James was a real-estate agent spending 3 months in Santa Teresa with the goal of expanding his business here. Breakfast turned into an entire day at the beach. He gave us a surfing lesson, drove us around all day and then joined us for her birthday dinner.

Throughout the day It became crystal clear. He was hanging on her every word, asking so many questions. He wasn’t hanging around because he liked us, he had his sights set on my gorgeous sister.  He just wanted to know everything about her. He was clearly totally smitten.

The night came to an end. We said our goodbyes and I didn’t think too much more about as I did not think Taryn could be swayed. She was in love, right?!

We are sitting at breakfast approximately 36 hours later. Listening to the 10 thousand birds, watching a few monkeys jump from tree to tree and bathing in pure bliss on what was one incredible vacation and soaking up every last moment.

Taryn looks up at me from her cup of coffee with crazy eyes.  You know those? Right?!

What?! I say. Taryn giggling, “You are not going to believe this. I just received an email titled, 20 reasons why you should stay.”  I was like, “whoa, what, who the f*** is this guy, and he’s got some serious balls.”

I’ll never ever forget that moment, It changed everything.

We saw James again before we left, only for a couple hours, but something shifted.  She couldn’t stop smiling.  I don’t think I’d ever seen that look in her eyes.   I could feel something magical was about to happen.

She went home to Washington, but all was different.  They couldn’t get off the damn phone. They talked every day for hours – about everything… desires, goals and dreams.

He professed his love to know her in every possible way, the good, the bad, he was totally transparent.  Not to mention his southern hospitality and gentle way of simply stating “I want nothing more than to help you pursue your dreams. I want nothing more then to be there beside you.”

I’m dying BTW when she is telling me all of this. I can’t believe this is happening. It’s like a real prince charming. Can this be real? Common. Seriously.

A couple weeks of this go by and she’s gotta come clean. She knows.  She could longer life the lie she was telling herself and she had no other choice but to blow up this cozy life she knew so well.

She broke up with her “great” boyfriend, packed her bags, put all her things in storage and got on a plane back to Costa Rica. Just like that.  Boom. Bye.

Wow, right?! Who does that? That’s one brave babe!

Every time we spoke ecstasy was vibrating in her voice.  She would tell me how they just laugh and laugh, play all day, and philosophize all night. He reads her read poetry, and they dance in their little love shack overlooking the ocean. It’s a legit fairytale love story, like ridiculous.

Fast forward to present day. Their engaged and living the dream in Costa Rica looking to buy a boutique hotel.

Taryn is my Monday Muse today because I’m just so incredibly proud of her. She did the scary thing, the wild thing, and took the unknown path. She broke a heart, quite her job, blew up her life, moved out from a place she loved, said goodbye to friends, and all the things she thought were so important and took a leap of faith. She risked it all.

She left what was secure, status quo, and stable. She trusted her instincts, her innate knowingness, took her life by the balls went for it. She fucking did it.

I tell this story, not only because it’s an incredible story that keeps unfolding more forcefully by the day, but because I think it inspires strength and true listening “in” to your soul.

Maybe you have someone that you’ve been doing life with that doesn’t align with that deep relationship you crave, maybe you’ve said it’s good enough…. But you know deep down inside you deserve, and desire more.

Don’t ever stop fighting for what you want. Write it down. Visualize it. Believe in the magic of following your heart. The more you challenge yourself, your comfort zones, and the self imposed boundaries the more these serendipitous  miracles start showing up.

You deserve far more than “good enough”… You deserve Greatness! It starts with you…. 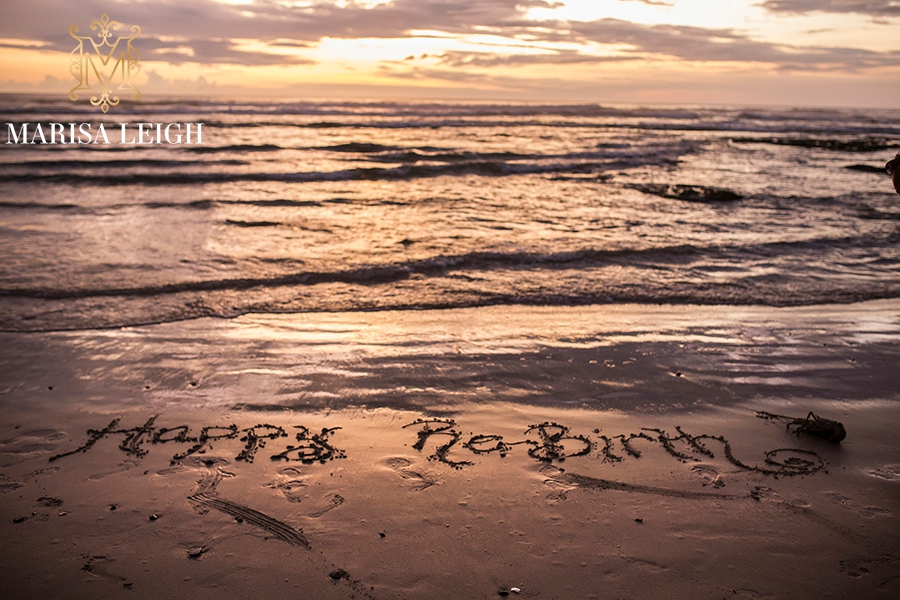 I took these photo the day she met him, on her birthday.