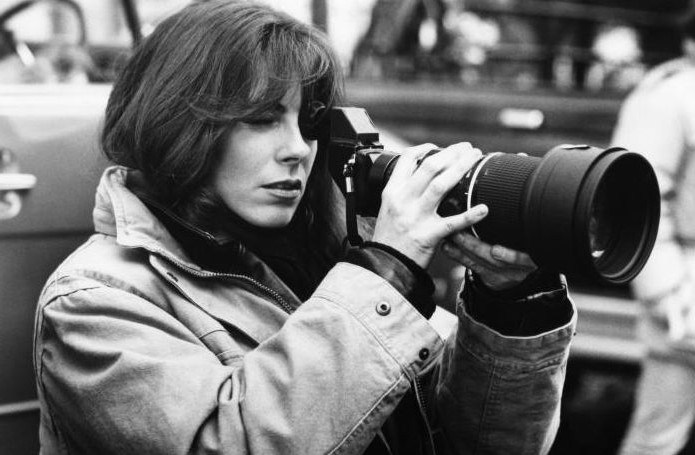 If there’s specific resistance to women making movies, I just choose to ignore that as an obstacle for two reasons: I can’t change my gender, and I refuse to stop making movies. It’s irrelevant who or what directed a movie, the important thing is that you either respond to it or you don’t. There should be more women directing; I think there’s just not the awareness that it’s really possible. It is. – Kathryn Bigelow in The Tech, 1990

Kathryn Bigelow is an internationally acclaimed screenwriter and film director and the first woman to ever win an Oscar for Best Director (2009 The Hurt Locker). Her steely determination to not only write and direct films in a world where the triumph up until her had only belonged to men, a feat tremendous enough on its own, but to create films that tell the truth unabashedly, whether the truth is “in popular opinion” or not, has made her an inspiration to many.

She is a woman with courage.

One of the most extraordinary things about women like Kathryn is their capacity to create a fresh perspective in a world full of single-sided stories. For hundreds of years, the fields of art and culture have been dominated predominately by men, and only a few women have been able to breach this slanted tradition. Over the last few decades, this unbalance has changed dramatically, as women who spent the majority of their lives fighting for equal footing with the opposite sex in the first half of the twentieth century opened up a world of opportunities for the next generation living in the second half. And the process repeats, providing chances for strong, determined, courageous women all over the world to create a life for themselves. A life where they can wholeheartedly and passionately chase after their dreams and someday achieve them, without anyone saying to them “you can’t.