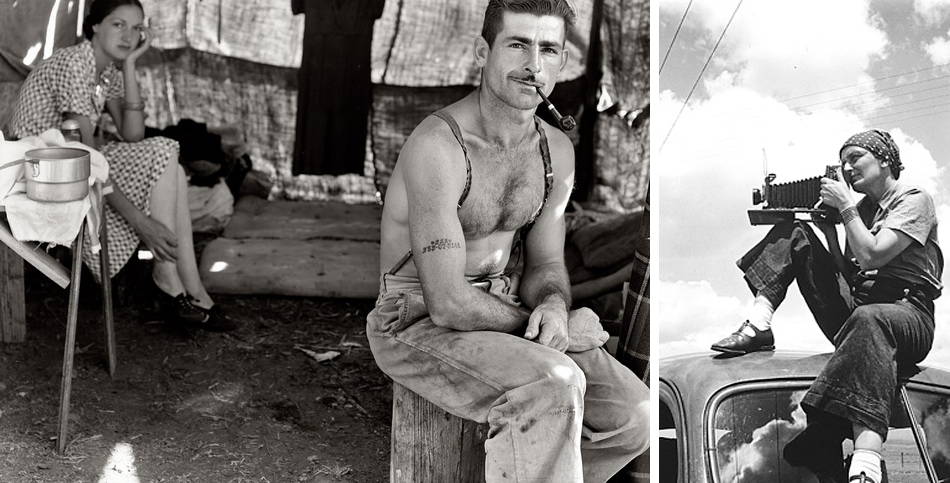 ”The camera is an instrument that teaches people how to see without a camera.”- Dorothea Lange

One of the strongest women of the early 20th century was not a suffragette, a sweatshop worker, or a single mother trying to make it in lower-class urban America.

She was a photographer, and her name was Dorothea Lange.

Born in New Jersey at the end of the 18th century, Dorothea Lange was the daughter of divorce during a time where divorce was taboo, abandoned by her father at 12 years old.

This experience made her independent from a very early age. But this hadn’t been the first major battle she had faced, just five years earlier, Lange contracted Polio, which gave her a  limp she would have the rest of her life.

Dorothea was unwilling to be stopped by these obstacles and would go on to become one of the first women to get a degree in Photography from Columbia University. After she graduated, she moved to San Francisco, started a family, and established a portrait studio in Berkeley.

With the onset of the Great Depression, Lange transitioned from studio portraiture to street photography, intending to capture the myriad nameless faces of suffering which filled the world around her. Ignited with a passion to tell the stories of these people, she and her husband began to travel the country extensively, documenting everything along their way.

Dorothea’s images from the time period are striking in their authenticity.

These snapshots, many of which hang in the nation’s most prominent galleries (including the famous Migrant Mother which is displayed in the Library of Congress), are an invaluable record that gives insight into the everyday lives of people who would never have had a voice otherwise.